I was doing a bit of shopping in Godalming today (a quaint town on the River Wey, about 8 kilometres, or 5 miles, south of Guildford).  In the high street I noticed a new little traditional sweet shop (at least I think it’s new, but I am a man, so it could have been there for ages… we don’t always notice things!)  Anyway, I decided to look inside…  There were lots of traditional sweets on display in large glass jars!  I was then delighted to notice that they sell sticks of liquorice – the hard sticks; not the soft type, which seems far more common these days.  I had not had any for many years, so I had to buy some. 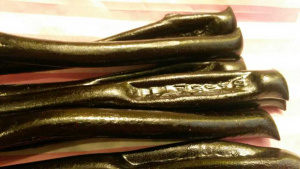 Many of you might not know what I am talking about as I get the impression that this is a particularly British sweet – if I am wrong about this, I would love to know!  Do you have “liquorice” sweets in your country / culture?

If you mention “liquorice” to a British person, they will most likely think of this type of black sweet (or perhaps the more colourful, “liquorice allsorts”). 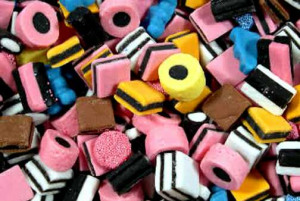 So, to a British person, “liquorice” will most usually mean “a sweet having a liquorice flavour.”

But to other people, “liquorice” is “a perennial Mediterranean leguminous shrub, Glycyrrhiza glabra, having spikes of pale blue flowers and flat red-brown pods” (to copy the precise technical dictionary definition) or “the dried root of this plant, used as a laxative and in confectionery”, as I have mentioned. 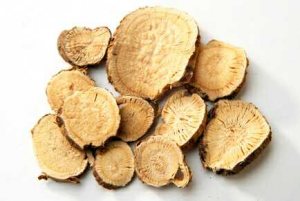 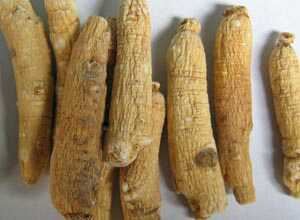 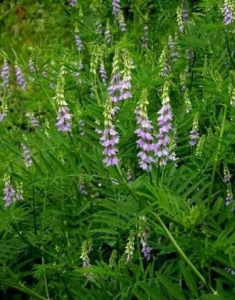 A Chinese person, for instance, is more likely to think of the brown root of the plant, which is primarily used as an herbal medicine!  (The Chinese is 苦参, kǔ shēn).  I have found most of my Chinese friends don’t like what I call “liquorice”, precisely because to them it tastes like a medicine!  Liquorice is also sometimes used in cooking as a flavouring.

Anyway, I will enjoy my liquorice sticks over the next week or so at least 🙂

This site uses Akismet to reduce spam. Learn how your comment data is processed.